Beginner’s guide: The basics of betting

Beginner’s guide: The basics of betting

Who has never participated in a “World Cup Predictor” at the office or amongst friends? All with two things in their hearts: football and betting. Some learn to like other sports and leagues, like UFC, NFL or NBA. They suffer, they cry, they commemorate, they party in the crowd.

Bookmakers were created to facilitate the interaction between bettors. In the past, they existed only in physical spaces – houses, literally – but today they can be found on the Internet, which brings agility and convenience for those who want to bet. The bets are a way to test your sports knowledge and luck, and profit from the hits. They serve mainly as entertainment, but there are also professional bettors, who make their living through sports.

There are three basic differences between a sports betting site and a lottery betting machine: 1) the chances of winning; 2) the amount of the prize; 3) how to improve your odds.

When you choose six numbers to play Mega-Sena, the odds of winning are only 1 in 50 million. Chances are you play it your whole life and never get a cent back. Or, if you win the quina or quadra, the statistical probability of reaching the sena falls even further.

Caixa also offers a sports lottery, called Loteca. However, to participate you are required to play all 14 games that appear on the ticket. This does not only include the major leagues. Rather, it is an inordinate mix of different leagues, including second division leagues from other states you may barely know. It ends up being much more a game of luck than of knowledge. In it, your chance of getting it right is 1 in 2.3 million. It has not improved much.

On the other hand, when you choose to join a betting site, it is you who decides which matches you will invest your money in. If you want, you can specialise in the Championship and bet only on it. Or you can focus your attentions only on the team of your heart. In case you prefer to bet on matches of several competitions, you can too. The decision is all yours. Furthermore, the betting options go far beyond which team wins. If you want, you can place a goal bet, bet on handicap or even predict the final score. The sports options are also much wider, including NBA, NFL, UFC and many others. It’s up to you to make your best guess.

Before you start betting, you first need to understand what odds are. Also called “odds”, the odds are values that translate the probability of an event happening. They are directly linked to the risk of the investment and the amount of profit.

For example, when playing a coin, we have 1 event with 2 possibilities. Therefore, the value of odds is 2 for heads and 2 for tails. If you and I make a bet, me paying $1 on heads and you paying $1 on tails, the loser will be out of pocket while the winner will take $2.

Now let’s get down to the basics of betting

In a UFC fight, for example, the chances of victory of the two fighters will hardly be equal. The fighter who is better prepared physically, has a more successful record, hosts the fight in his own city or for some reason has greater public support will have an advantage. In the bookmakers, there are people hired to calculate how much these factors influence the odds. Thus, a fighter may have odds of 1.28, while the other has 3.75. Be careful not to confuse: the fighter with lower odds is the favourite. The fighter with higher odds is the underdog. 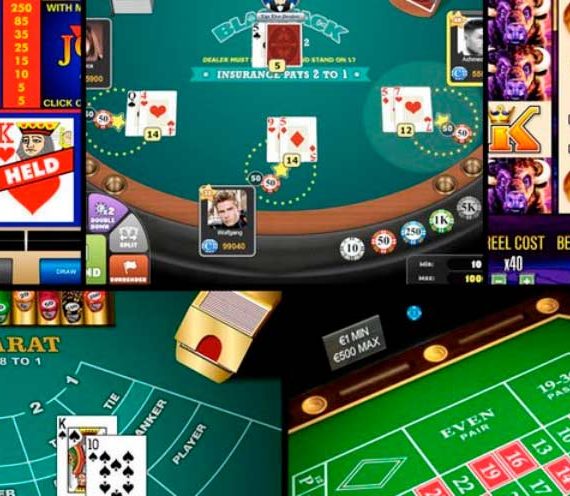 How to choose casino games